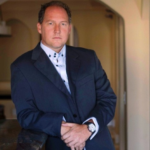 STEPHEN MEADE is an American entrepreneur, executive and business founder who is passionate about creating companies that make a difference in the world. He has the ability to catapult an idea from pure concept to the creation of a thriving business. In the past 20 years, he has created, incubated and architected nine (9) successful technology-based companies. He is a seasoned business leader who frequently speaks on the art of networking at executive leadership conferences and the largest communities of startup (i.e. executives, entrepreneurs, start-up founders, co-founders, students) around the world.

In 2005, he founded Big Bamboo, LLC to serve as the incubator for ideas that are worth building a team around and bringing to market. Currently, all ideas come solely from the Founder, Mr. Meade, and the company does not take on or incubate outside business or services.

He is currently the CEO of MonetaPro.IO, which is a FinTech Blockchain company for Global Companies to participate in Corporate Trade. MonetaPro.IO competed in and won the Silicon Valley d10e Global ICO contest, which to date was the largest ICO competition in the World featuring 32 companies. MonetaPro.IO also took 3rd place at d10e (Seoul, Korea), 4th place at d10e (San Juan, Puerto Rico), and 2nd place at d10e (Malta). Most recently, MonetaPro placed 3rd at CoinAgenda Europe 2018.

Mr. Meade is also the CEO of Upper Street Marketing (Stock Symbol: UPPR), a boutique public company focused on technology around Media, Entertainment, and Influencers. The first product for UPPR, MagMo (which stands for Magazine Moment) is a photo sharing tool for major brands to create stories and share it with their existing audience. MagMo can provide monetization for social media audiences of the brand through a patent pending process known as the “back cover.”

MyBlueEarth.org – (Environmental Consumer Product for Water Conservation, saving a targeted 50 Billion Gallons of water per year, and educating millions of children about conservation)

CuCme – (See you, See Me; a mobile networking app to find relevant people around you)

His roster of successful businesses also includes the founding and selling of SiteVisions.com, a website and database development company sold in 2000. In 1996, he founded VirtualSellers.com which became an innovation for an e-commerce based transaction processing system that proved to be an early precursor to PayPal and EAMS (Emergency Asset Management System), which is a software application for disaster management and was used in the City of New York to help manage the crisis of 9/11. VDOT was sold in 1999 to a public company. At its height, VDOT had a market cap of $950M. VDOT, the technology, service and concept was an early precursor to what later became PayPal.

For Mr. Meade, most ideas are impactful, relevant, and quite often ahead of their time. From having the 4th ever Infomercial in the late 80’s to VirtualSellers in the 90s, he has positioned himself as a pioneer in the e-commerce transaction processing company. Prior to venturing into the entrepreneurial world, he served as a regional Vice-President with Travelers Group, a fortune 500 financial services company.

Mr. Meade also serves as an advisor to numerous companies and organizations including: International House of Blues Foundation – Chicago (www.IHOBF.com), Massachusetts Institute of Technology Enterprise Forum (www.mitefchicago.org), PC Guild which provides a tour management solution for Bands and entertainment (www.pcguild.com), AgileCo.net, Twitmob, and more. He also fosters the advancement of other start-up leaders as a founding member of KnockNOW, a non-profit that accelerates opportunities for entrepreneurs.

Mr. Meade was a judge for the prestigious global business plan challenge from Thunderbird (www.innovationchallenge.com), UMKC’s Entrepreneurial contest for 2010, and a finalist judge for Boats.com e-commerce awards.

His “Isolation is a Good Thing” seminar trains executives how to isolate exactly what they need and who they need to meet before they execute in order to be more effective. He welcomes an opportunity to speak if he feels he can add value for the audience.

He is the author of three books in the field of finance/credit improvement and business networking.

If you are interested in having Mr. Meade speak at your next conference regarding entrepreneurship, networking, building a business team, recruiting management, putting together an advisory board, start-ups, and leadership, please contact us.