The following are companies which we were able to start and successfully hand-off.

This company was started in March of 1996 and completed a public transaction in March of 1999. The stock symbol was VDOT. The company had a market cap that went from $30MM to $950MM.

I often joke that my goal was to “have a Billion dollar company” by the time I was 33.

Well, with Virtual Sellers, I accomplished that goal.

However, I now know that I had the wrong goal.

Having a “company” worth a Billion dollars, didn’t translate to me having a personal net worth of anything near that. Due to small ownership percentage in the public company, 144 restrictions (if you don’t know what that is, it means you can’t sell the stock in your own company for at least one year), and a bursting technology bubble that was driving down the price of the stock; I was left in the end with a much smaller win that it should have been.

Count it as a learning experience.

Check out more from the wayback machine here… 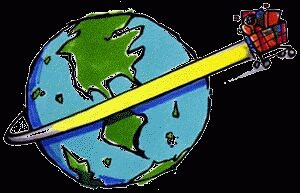 SiteVisions was a company that created web sites. The name SiteVisions was created in conversation with Mariah Carey, and the logo (which I’m still trying to locate) was taken as a drawing from her eye.

The company name was meant to be a double entendre, for both “Sight” as in seeing, and “Site” as in web site.

The company was sold in a successful exit.

EZStash provides you with simple, reliable, and secure back-up that allows you to schedule how much, what time, and how often you wish to back up your critical data. EZStash is automatic, so once it is installed, there’s nothing else you need to do. EZStash enables you to set the time, day or night, for your data to be automatically backed up.